Subscribe and I promise to make you hungry through your inbox!

One of the things I miss most about trying to balance my diet with little to no dairy at home is creamy, cheesy pastas. So I was on a mission to make a dairy-free version of a cream sauce similar to an alfredo but with my own twist and alas I’ve done it! This sauce and pasta dish in particular will definitely be a go-to for me!

This was also my first time using bratwursts (instead of sausages) at home and after doing a bit of research I realized the best way to cook them to keep them really juicy is by boiling them in water first and then letting them rest, slicing, and finishing off to get that nice browning in a pan. And boy were these juicy and flavorful this way! 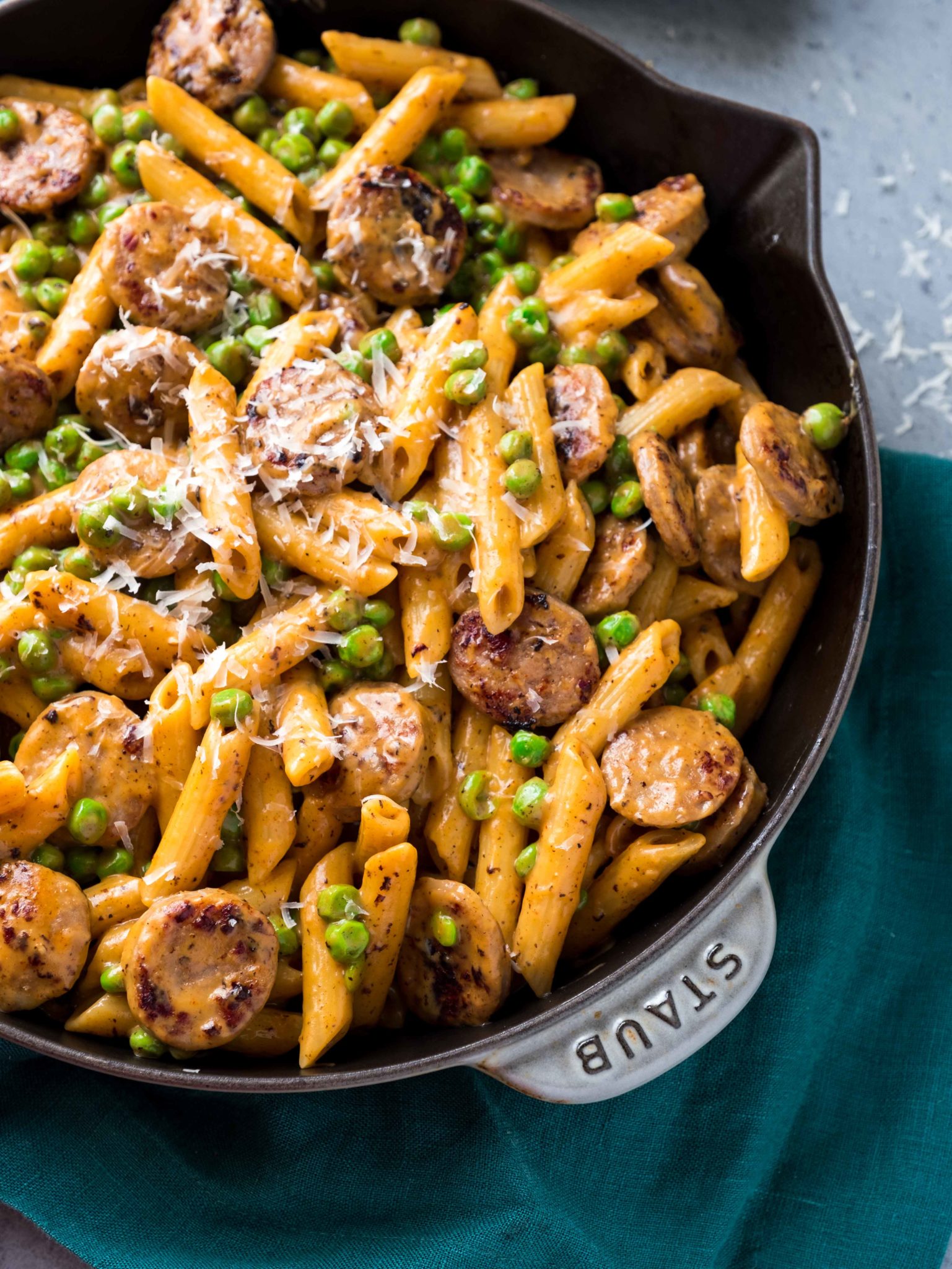 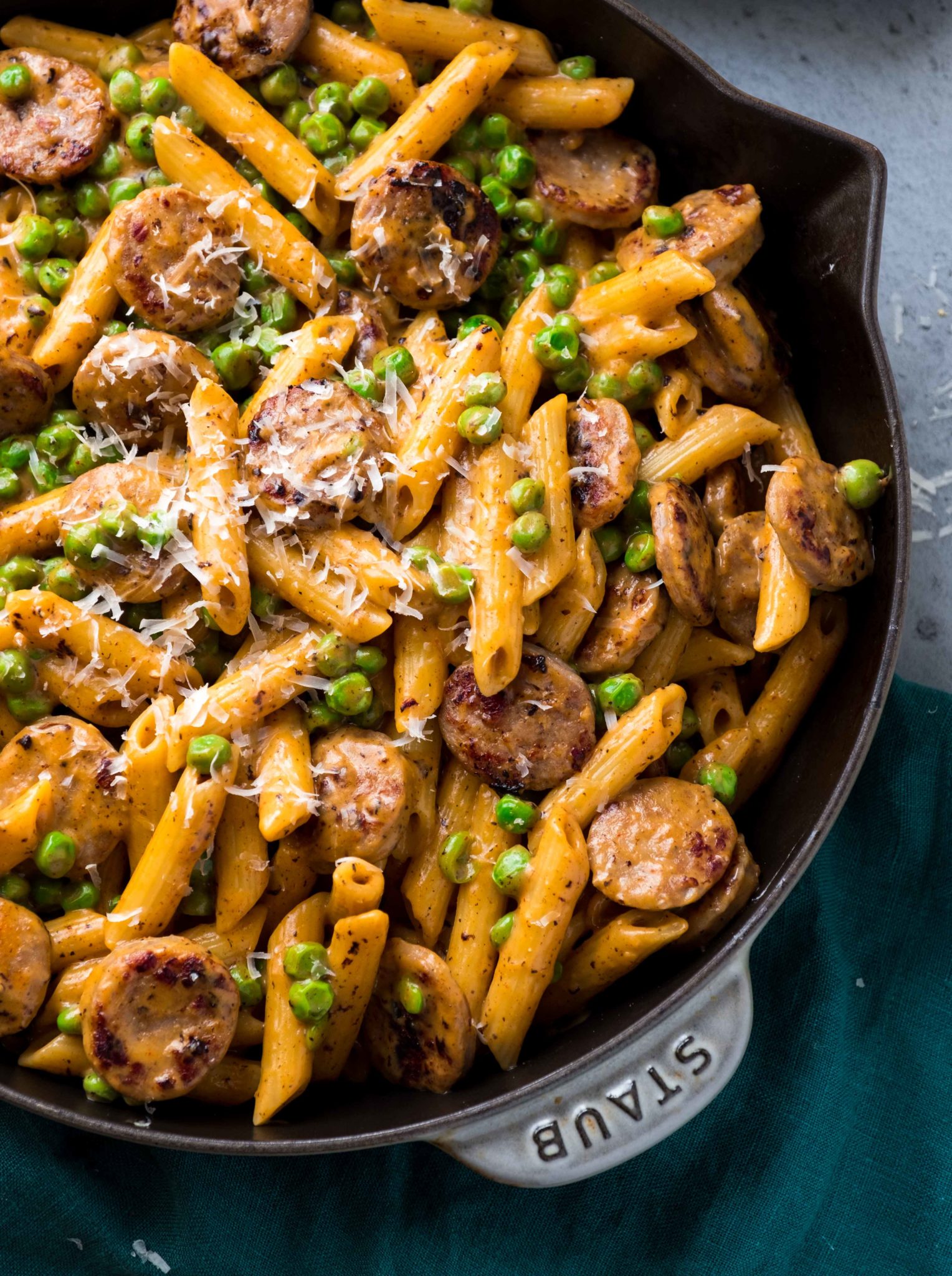 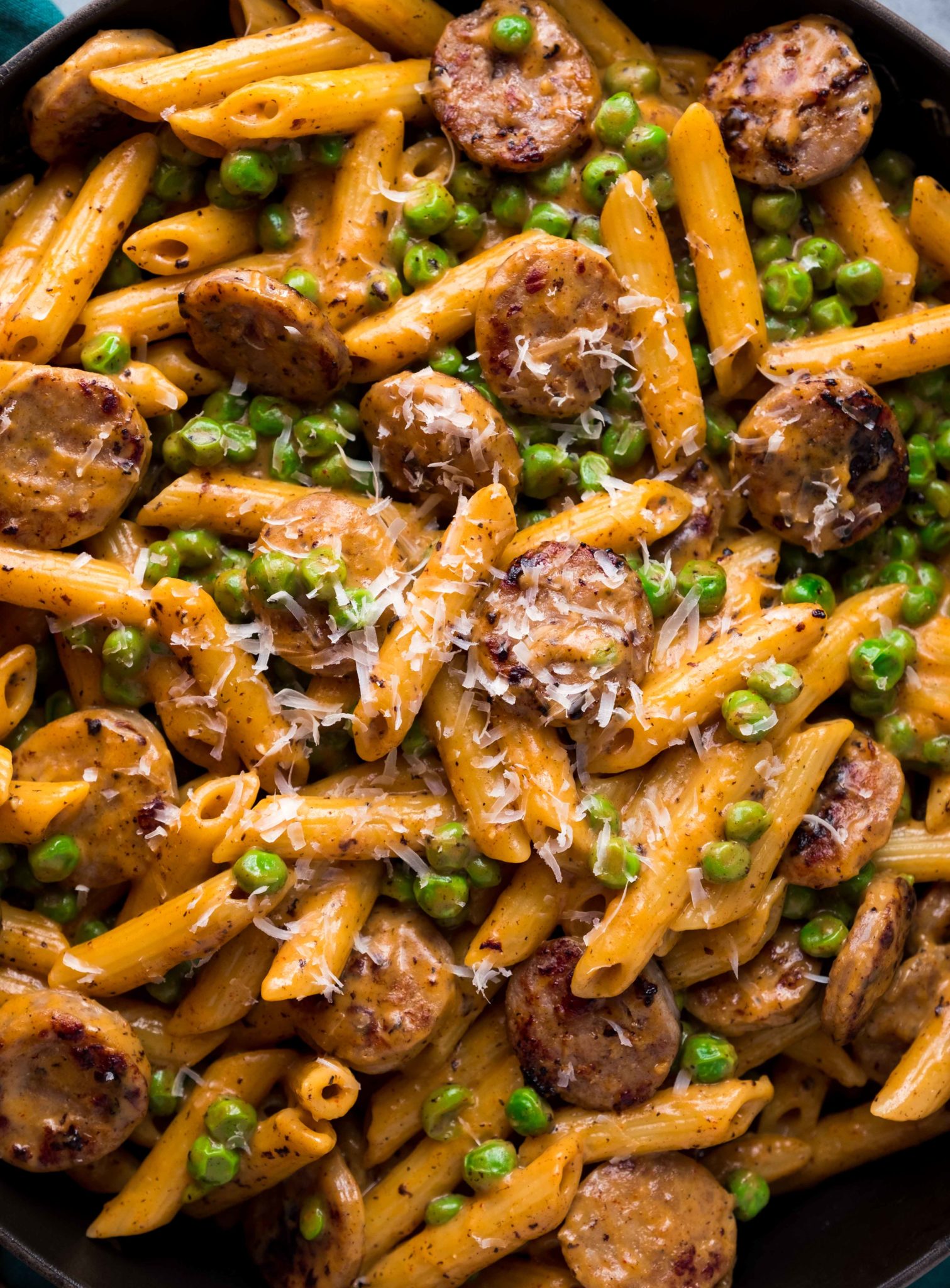 What do you think? Cancel reply

Growing up with an Italian mother, I was privileged with a home cooked meal almost every night of the week.

Subscribe and I promise to make you hungry through your inbox 🙂